Innocent vs. Not Guilty

It isn’t unusual for the general public to not know the correct meanings behind some of the most common phrases in law. In some examples, you may even think you know what something means, only to find out it’s something else.

An example of this is ‘not guilty’ and ‘innocent’. Many would assume that these two terms are synonymous. But there is a major distinction between these terms that everyone should know.

On the other hand, a verdict of “innocent” means that you are absolved of guilt and found to possess no criminal liability. This is different from a not guilty verdict because it implies actual innocence, not just a lack of evidence.

Now that we have the basic definition of these two terms, let’s go over some examples. I will also talk about how these terms came about and why it works this way. 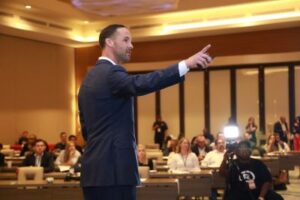 Examples Of Not Guilty

The distinction between not guilty and innocent came about because the English common law system operates on what is referred to as “presumption of innocence“. This principle means that a defendant is presumed to be innocent unless proved otherwise.

This is in contrast to the French legal system, which operates on the principle of “culpability.” This principle means that a defendant is presumed to be guilty until proven innocent.

The English common law system is based on the idea that it is better for 10 guilty people to go free than for one innocent person to be convicted. This principle is also enshrined in the United States Constitution. 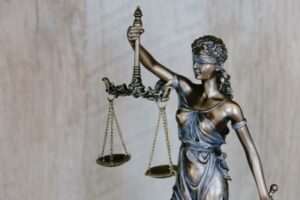 Why The Distinction Matters

The distinction between not guilty and innocent is important because it helps to protect the rights of defendants. It ensures that people are not convicted of crimes they did not commit and it reinforces the idea that people are innocent until proven guilty in a court of law.

The distinction between not guilty and innocent also helps to ensure that the government is held accountable for its actions. When someone is found not guilty, it means that they were charged with a crime but there was enough doubt about their guilt such that a jury of their peers felt they should not be convicted. This helps to ensure that the government does not convict people without sufficient evidence.

Meeting The Burden Of Proof

I know I have said this a few times and you may be wondering what it means. In criminal cases, the burden of proof generally lies with the prosecution. This means that they have to present evidence to prove someone committed a crime and isn’t innocent.

This is how it works in most civil cases as well. However, there are some exceptions such as when a defendant has confessed to a crime or where the court believes that the defendant is trying to avoid a trial.

Is A Not-Guilty Verdict Good Or Bad?

Depending on the situation, a “not-guilty” verdict can be viewed as bad. For example, if the defendant is guilty but manages to get off on a technicality, then the verdict would be considered bad. However, in other cases, a not-guilty verdict can be seen as good.

There are several instances where a key piece of evidence cannot be found, leading to a not guilty verdict. Sometimes this means someone can get “let-off” even though it seems very convincing they committed a crime.

It is important to note that there are times when someone is found not guilty even though they are, in fact, guilty. This happens when a jury does not believe that the prosecution proved its case beyond a reasonable doubt. In other words, the prosecution did not provide enough evidence to convince the jury that the defendant was guilty.

Does One Happen More Than The Other?

Not-guilty verdicts are much more common than innocent verdicts. This is because, for a defendant to be found not guilty, the judge or jury has to believe that there is reasonable doubt about their guilt.

In other words, it has to be possible that they did not commit the crime. Innocent verdicts only require the jury to believe that the defendant is innocent, which is a much higher standard to meet.

Does The Jury Have To Unanimously Agree?

As I’ve said a few times in this article, it is the jury that decides whether someone is guilty or not. Whether the jury vote has to be unanimous depends on the state and type of case.

Generally, a unanimous vote is required for a criminal trial verdict, but some states allow for less than unanimous verdicts in certain types of cases.

This means that in most cases, all 12 members of the jury have to agree on a verdict for it to be valid. This is to prevent one or two dissenting jurors from being able to overturn a verdict.

What Are The Consequences Of These Verdicts?

The consequences of a not guilty verdict can vary depending on the situation. Generally, it means that the defendant is free to go and they cannot be tried for the same crime again.

In cases where the defendant is guilty, a not guilty verdict can sometimes be seen as a miscarriage of justice. This is because it means that someone was able to get away with what they did even though it seemed like there was enough evidence to convict them.

On the other hand, an innocent verdict can sometimes be seen as a miscarriage of justice. This is because the person was charged with a crime even though there was not enough evidence to convict them.

In either situation, a not guilty or innocent verdict would effectively allow the accused to go free and move on with their life. With a not-guilty verdict, a defendant is innocent in the eyes of the law. A not-guilty verdict does not mean that a person didn’t commit a crime or wasn’t involved in whatever situation they were being charged with. It simply means that there wasn’t enough evidence to convict them.

Innocent and not guilty are two very different things and it is important to understand the difference. Innocence means that a person is not guilty of a crime. And now that you know these differences, you can be sure to never confuse the two terms again.