When it comes to legal jargon, there are many phrases that the general public is not used to hearing. If you’re involved in a lawsuit, you may be overwhelmed by the number of words and phrases you hear but don’t understand. You may feel as if you have no idea what is going on. This article will give you some insight into one common legal phrase, “motion to withdraw.”

While there are many other reasons an attorney may file a motion to withdraw, these are the most common. To learn more about the definition of motion to withdraw and why a lawyer may decide on this, keep reading.

What Happens When a Lawyer Files a Motion to Withdraw?

From there, the judge accepts or denies the motion. The attorney has to send a notice to both their client, the opposing party, and the court of their wishes to be removed from the case.

Can your lawyer quit your case and walk away? No, they cannot. Likewise, you can’t just fire your attorney and expect to not have to deal with them anymore. A motion to withdraw has to be filed and approved before these actions can be determined.

Why Would a Judge Deny a Motion to Withdraw? 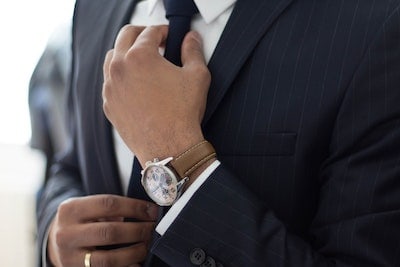 You may be wondering why would a judge deny an attorney a motion to withdraw? One of the main reasons a judge would deny this motion is when the withdrawal of the lawyer would delay the trial date, or if the withdrawal comes too close to the time of the trial.

If the judge denies a motion that has been filed due to ethical issues, the issues must be discussed in the court, which could really be a setback for the client. While this is not as frequent, it does happen and it could completely ruin your case if you’re the one involved in the lawsuit. For this reason, it’s important to always maintain honesty and integrity when dealing with your lawsuit.

If your lawyer files a motion to withdraw but you want to continue to work with them, you can confront the court on a designated day and request that the lawyer continues to work your case. This will help the judge decide whether they should deny or accept the motion.

Why Would a Lawyer File a Motion to Withdraw?

There are many reasons an attorney may file a motion to withdraw. The attorney will have to file one of these motions not just when they don’t want to represent the client but also when the client doesn’t want to work with them. Here is a list of some of the more common issues behind motions to withdraw:

The Client-Lawyer Contract Has Not Been Upheld

When a client decides to start working with an attorney, the attorney will have them fill out a contract that outlines the working relationship. The client-lawyer contract will usually include who is responsible for covering legal fees, the agreed-upon lawyer fee, the involvement of the lawyer and paralegals, and how often the lawyer will need to communicate with the client.

This contract serves as the boundary and definition of the working relationship between client and attorney.

When one party, whether it’s the lawyer or the client, feels as if the contract has been broken, this can lead to a motion to withdraw. Financial disputes are one of the main issues listed on most motions to withdraw. While financial guidelines are usually set in place through a client-lawyer contract, many clients don’t realize the number of legal fees that are involved in lawsuits.

It may be a client’s decision for the lawyer to file a motion to withdraw if the client feels as if the lawyer hasn’t followed the contract in regards to communication. Some clients may expect the lawyer’s attention and contribution more than other clients. Some clients are fine with paralegals going the investigative research while others want the lawyer to work exclusively on their case.

However the communication and dedication are decided, it must be included in the client-lawyer contract. If the client feels as if the lawyer has not met the expectations of the contract, they can decide to move on to another lawyer.

The Client Decides to Start Working With a Different Attorney

It’s not always the lawyer’s decision to file a motion to withdraw; sometimes, it’s the client who decides they rather work with a different attorney. Whether the client feels as if the lawyer isn’t representing them well or if the lawyer’s personality simply doesn’t mesh with the client’s, this happens more often than you think.

Even in these instances, the lawyer has to file a motion to withdraw. The judge can choose to deny this motion, which in turn, would mean that the client would have to continue to work with the attorney. As mentioned above, if this motion comes in too close to the time of a trial, the judge may deny it.

This is why it’s important to thoroughly research and take time to meet with potential lawyers before you decide which one you are going to choose. Making sure you have compatible personalities and you trust your lawyer’s abilities can save you much stress and frustration down the road.

Learn more about if you can fire your lawyer before settlement here.

The Lawyer Finds That the Client Isn’t Being Truthful

How can you thoroughly represent someone who you know isn’t being truthful? The whole reason for the judicial system is to determine the truth and the best course of action to uphold truth and liberty. If a lawyer discovers that their client hasn’t been honest, they can’t, in good conscience, continue to represent them.

If a lawyer learns that their client is falsely testifying under oath or has lied about situations and circumstances, the lawyer can file a motion to withdraw. On this motion, they will claim the reason for the withdraw to be “ethical reasons.”

The lawyer will have to share that they learned the client was untruthful. This can be damaging to the case and ultimately change the outcome. This gives a very powerful reason to remain truthful throughout the entire legal process.

The Client Refuses to Receive Counsel

Another reason a lawyer may file a motion to withdraw is when their client refuses to receive or adhere to the lawyer’s counsel. It’s important to remember that your lawyer has your best interests at heart; if you win, they win.

For this reason, they may advise you on certain behaviors or actions you should refrain from doing. If you refuse to adhere to their counsel, you can be putting your win at risk.

One common example of counsel is the lawyer telling their client to refrain from communicating with the opposing legal party. Often, both the defendant and the plaintiff know each other.

This could lead to harassment outside of the legal process and produce more evidence that could cause the case to lean a certain way. The lawyer usually tells this to their clients to keep them out of trouble and protect their case from being negatively affected.

I hope this article was helpful to you in understanding motions to withdraw and what they may mean for your case. Whether you are involved in a legal case over a personal matter or a legal case involving an India Church Planting organization, having a lawyer withdraw can be quite stressful. Learn more about legal terms and the legal process here! Litigation Law – What Is It?

So, what is litigation law? Litigation is a term that refers to the process of resolving disputes by filing a complaint through the public...