Posted at 19:43h in Personal Injury Law by admin

Personal Injury Law, which is also referred to as Tort Law, allows an injured plaintiff (the victim) to get compensation when someone else’s negligent or intentional act causes the plaintiff harm. As you can tell by the list above, there are a variety of different situations in which someone can become injured at the fault of another, who will be held liable.

However, just because you were injured, or you injured another, this does not mean that every case will lead to liability though. The most common cases where a person is held liable are the items listed above. And, we will go into more detail on each of these cases, so keep reading for more information on each umbrella topic.

Vehicle accident cases are by far the most common form of personal injury cases in the United State of America. Even though these are accidents, when it does occur, usually it is because someone is not following the rules of the road, or are not driving as carefully as they should be.

A careless driver is usually held financially responsible for the injuries their careless act has caused on the others involved. However, exceptions do exist in the “no fault” states, where drivers have to collect from their own insurers, except in cases of “serious” injury.

If you have been injured in a car, truck, semi or any other type of vehicle accident, contacting a lawyer who specializes in personal injury cases can assist you on your decision to file or not.

One of the least filed, but highest monetary compensation cases are medical malpractice cases. A medical malpractice claim can arise when a doctor, or any other health care professional, fails to provide competent and reasonably skilled care, and their patient becomes injured as a result.

Due to the state of the case, the plaintiff already needing medical attention, it makes this umbrella topic of personal injury cases very complex. They plaintiff would have to prove that their further injury, or even death, was caused directly from the malpractice of the medical practitioner, or the entire medical facility that they received their medical attention from. If the plaintiff cannot prove this, it makes it difficult to decide if the plaintiff is at fault, or the defense. 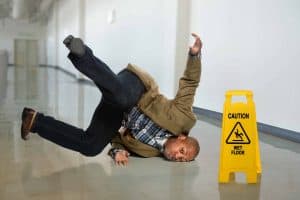 Just under vehicle accident case, slip and fall cases are the next most common types of personal injury cases. Property owners, and sometimes those who are renting a property, have a legal duty to keep their property reasonably safe and free of hazards, so that when people are on the property, they do not become injured due to the neglect.

Of course, not all injuries that happen on someone’s property end with them being held liable, as accidents happen with even the most well-kept properties. The exact nature of a landowner’s legal duty varies depending on the situation and according to the law in the state where the injury took place.

Slip and fall injury claims are typically based on premises liability laws. However, it is also not as cut and dry, like many other types of personal injury cases. Much like the medical malpractice cases, the plaintiff has to be able to prove that the defense acted carelessly.

In slip and fall cases, this means that the plaintiff has to prove the land owner left his or her property unmanaged, and that is what caused the injury. All the defense has to do is prove that it was simply an accident that occurred by no means of either party, just a simple accident.

Defamation of character in the form of a libel assault or slanderous act refers to the fact that a person can suffer an injury to his or her reputation as a result of an untrue statement made about the plaintiff. The exact nature of what defamation plaintiffs must prove will vary depending on who the plaintiff is, as well as the forum of which the statement was made.

An average person usually just needs to prove that an untrue, negative, statement was made and that statement directly caused actual harm, mainly through financial loss, by means of its release.

However, celebrities or other public figures, like government workers, usually have to prove what is called “actual malice.” Actual malice means that they need to prove that the nature of the false statement was made with either intentional or reckless disregard to the truth of the statement made.

Another popular use of a Defamation, or Libel and slander, case is to be used after someone claims that a person committed a crime in order to attain some personal gain from their arrest.

The bad side of this, is that the person who the statement was claimed against not only has to prove that they did not do the crime they were accused of, but also has to prove that the person who accused them acted in a selfish, reckless manner. Which, makes defamation cases both one of the easiest and more difficult cases to judge. However, they typically lean more towards the easier side.

The most common form of animal attack cases are dog bites. In most cases, the owners of the dog are financially responsible for the bites and any other injury caused by their dog. This is the same for any other type of pet that a person or family may own.

The exact laws on owner responsibility do vary from state to state, however. In some cases of animal attacks, strict liability rules exist and the animal owner will be held liable for the animal bite damages, even if the animal itself has never shown any aggression or propensity to bite in the past.

In other states, “one bite” rules do exist, in which the animal owners only become responsible for any personal injury damages once there is a reason for those owners to know their animal has an aggressive or prone to biting habit.

If you have been attacked by another’s animal, you will need to check your state laws and see if you fall under the “one bite” rules or if your state follows the rule of any bite leads to liability.

If you cannot find the rules your state uses, you can always contact a personal injury lawyer. Once, you have discovered your states ruling, if you fall under the “one bite” law, then you will need to prove that the animal that attacked you has had a history of an aggressive behavior, or is at least prone to biting.

ASSAULT, BATTERY AND OTHER INTENTIONAL TORTS

Lastly, we have assault and or battery cases. Unlike most of the other types of persona injury claims, intentional torts are not based on accidents caused by negligence or carelessness, but instead based on when one person harms or injures another with intent.

These personal injury cases almost always involve the added aspect of a criminal case against the perpetrator (the attacker). As an example, when one person physically attacks another, he or she will probably face criminal charges. In addition to, the victim can file a personal injury lawsuit in civil court and demand compensation for the injuries caused by the attacker.

Compensation here can stem from medical bills, loss of income due to recovery time, and in some cases, from loss of ability. If you have been attacked, an assault or battery case is far easier to prove than the previously discussed personal injury umbrella topics.

All you have to do here is prove that it was a specific person, which can be confirmed by video, photo or scientific tests, such as a DNA (Deoxyribonucleic Acid) test or identification marking tests (i.e. fingerprint, palm print, etc.).

However, remember that the lawyer or attorney that you hire is representing you. You will not want to skim on the budget here, as a bad lawyer will not get you your well-deserved compensation, and could even end up letting the defense off clean.

On the flip side, not all great lawyers will cost you a fortune. In some case, lawyers or attorneys work strictly off of a win to get paid basis. Meaning, you do not pay the lawyer or attorney unless they win you your deserved compensation. From there, they will charge whatever fee they discussed with you.

Before choosing a lawyer or attorney to represent you, make sure that you at least schedule a free consultation. During this free consultation, be sure to ask about all aspects of running your case and the facts about the case.

It is here that you will get an idea at how well that lawyer or attorney can assist you in reaching your full compensation. If you do not feel comfortable with the lawyer or attorney you talked with, do not hire that lawyer to represent you. You can talk with as many lawyers as you want, who offer a free consultation, before making your choice. Or, if you talk with the first one and feel like they can really help you, then your search is over! 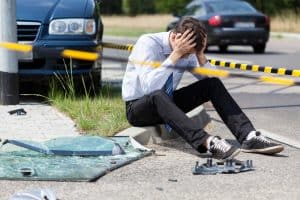 There are many different types of personal injury cases. However, the most common and main umbrella categories for personal injury cases are vehicle accident cases, medical malpractice cases, slip and fall cases, animal attack cases, defamation: Libel and Slander, as well as assault, battery or any other intentional torts.

If you have been injured in an accident, or were attacked, and you feel like your situation falls under one of these categories, you should contact a lawyer or attorney for a free consultation because you deserve to be rewarded a proper compensation for your injury(ies).

The most difficult personal injury case to prove fault is medical malpractice. The reason for this is due to there already being some sort of injury that was pre-existing, which called for the medical operation. Because of this, you have to be able to prove that the currently injury, or in some cases death, was directly caused by the medical practitioner, or facility, acting in an incompetent or unskillful manner.

Even though some cases are harder to prove fault than others, this does not mean that you should not file your case. In a majority of cases, the plaintiff wins their compensation in personal injury cases. That being said, this is not something that should be taken advantage of.

Many people are seriously injured every year from another person’s reckless acts. If you are wanting to file a case to take advantage of another’s mistake, for financial gain, you are harming those who seriously need the compensation for medical purposes. The goal of any personal injury case is to hold the person responsible for the injuries liable, and award the victims the compensation they deserve for medical bills, loss of work, or loss of ability.

Thank you for reading! You can view more of our recent articles by going here.

This article was sponsored by Truskett Law Firm from Tulsa, Oklahoma. They specialize in personal injury law, and have a long track record of producing great results for their clients. You can visit their website here to learn more.